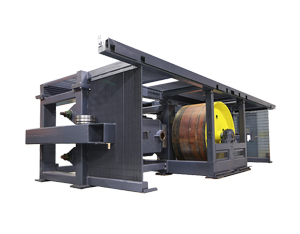 ITS has developed an upgrade for the goal radial fatigue machines that involves removing all of the pneumatic components and replacing them with electric linear actuators. Servo drives replace valves and the electric actuator replaces the large air cylinders. Under test, fine control of load is possible and linear position output is recorded in the graph. 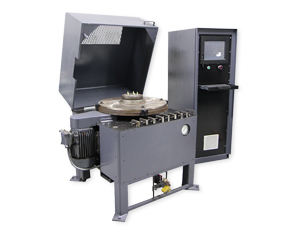 In a typical rebuild/upgrade a full rebuild of the mechanicals consists of complete disassembly, cleaning, sandblasting and repainting.  The parts to be reused are verified, wearable parts replaced and then the machine is reassembled. Components are worked into the process so that it can be done correctly while parts are accessible.

ITS now has an impact machine capable of AKR impact testing levels 1-3. The machine is capable of recording inboard and outboard impact forces, deflection and velocity. The machine is also used as an all-purpose impactor for tire testing. 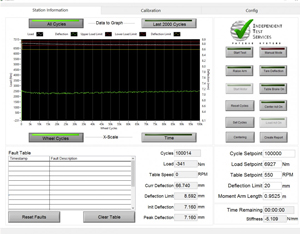 Easy to use control system interfaces are now completely touch screen controlled and run on modern computers with user replaceable parts. Graphing and logging of data provides the ability to visualize the testing underway and investigate earlier portions of the test. Allen Bradley comprises the main components of the electrical system. Umbilical connectors between the control system and machine make moves easy and less prone to startup problems. 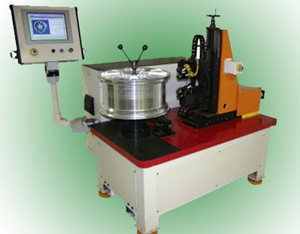 ITS offers four models of offline audit uniformity machines that are unparalleled in measurement, accuracy and repeatability. Our machines are robust and suitable for use at the end of a cell or in a laboratory setting. Inline machines with low point marking and static imbalance are also available.

Questions About Testing?
Send a message to our support team and they'll get back to you shortly.